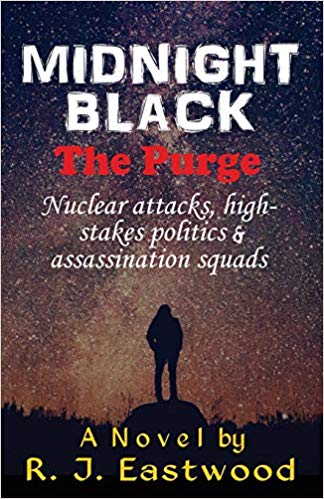 I chose this book to end my year.  Not because of closure but because of what I hope will lead to more great reads from this author in the coming year.

A large portion of this quick paced book takes place in the main character’s mind.  This unique perspective gives the reader insight that would not usually be available.  Plus the advantage of seeing everything from the eyes of the main character added to the intense feel of the read.

This book is a little Sci-Fi, Crime Fiction, drama and Thriller (with a sprinkling of sarcastic humor) all mixed together to give the reader fast-paced enjoyable ride.

While the author compares this work to Lee Child’s – Billy is no Jack Reacher – he is better – better developed, more realistic and easier to relate to.

While you are planning your reads for the New Year – put this one at the top of your list.

For more information about this author and his other works,  GO HERE!

Billy Russell’s career as a DEA officer abruptly ends when he cold-bloodedly executes the man who committed a heinous crime against him. Sentenced to 20 years hard labor in total isolation from the outside world, he’s suddenly, and without explanation, released on parole 5 years early. Returning to society, he learns that an isolated nuclear attack spread primal fear of a nuclear holocaust allowing Autocratic billionaires to seize control of the world. But their faulty economic policies have caused rampant poverty, crime, disease, and drug addiction.

As a condition of his parole, Billy is assigned to a government drug enforcement unit in Boston, but soon makes a gruesome discovery of the unit’s true mission. Approached by a secret underground dissident group planning to overthrow the authoritarian world government, Billy joins them to end the demonic reign of tyranny only to discover the shocking details of what is really taking place.

Midnight Black is a fast-paced, action packed thriller/suspense novel in the tradition of author Lee Child.