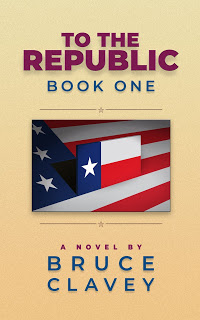 A novel for our times. A saga for the ages.

On the eve of passing landmark immigration legislation, the entire Texas Senate and its native Tejano leader, Diego Reyes, vanish suddenly from Austin. When news of the disappearance hits West Texas, cowboy Del Woodward isn’t shocked. He knows exactly where the lawmakers are, but he’s not telling. Woody’s been down on his luck, and a shady bargain he’s made puts him tight in the squeeze of Marcos Cepeda, north Mexico’s ruthless drug lord. And Cepeda’s furious with this new stall in the bill. It’s got a loophole he can exploit to add another quarter million square miles of exclusive turf to his cartel—but that territory goes back up for grabs if leader Reyes can’t pass the bill before the Senate session expires in mere days. The brutal kingpin wants what he’s bought and compels Woody to step up. How the cowboy swings the vote isn’t important to Cepeda, but this sure is: if Woody breathes so much as a word of reluctance, it’ll be his last. The prize is Texas, nothing less. It’s real, and it’s on.
The Republic Series launches from true pages of the Lone Star frontera story into a hauntingly modern arena of trade, trafficking, and tradition on the Rio Grande in To the Republic: BOOK ONE.
An Amazon #1 New Release in History of U.S. Immigration
PURCHASE LINKS:
Author WebsiteAmazon 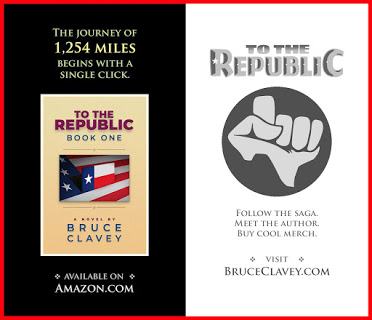 The good ole boys and gals are at it in Texas.  With every fun stereotype as a character and several plot lines running faster than a stampede after hearing a rattlesnake, this was an entertaining and engaging read. Now many Texans might not be concerned or even notice if the State Senate disappeared but the characters in this book are sure in an upheaval.

There are several story lines happening their mix is efficiently handled as the author gives the reader a face to each component.  Whether it’s a 20-year old undocumented person in the national guard or a seasoned talking head or a cowboy just trying to figure out how to use a might-be law to his advantage. Clavey also pulls from our consistent headline issues to bring the story firmly home to Texas.  And of course living this close to the border, there has to be the Mexican drug cartel and a set of brothers that have you wondering about who is in control.

The author does a very good job of personalizing many issues that are hard to fathom for those in other states and even many in Texas.  Living here, you hear all the stories and see the pictures on the news but getting people to relate can be an issue.  Clavey does just that.  I felt the friendship between the ladies of the café, I felt the angst of Cuco as he is faced with the issue of his position and dealing with immigration and I felt the frustration in Reyes as he tries to make things happen.

I look forward to seeing just where the author is brave enough to take this story in the rest of this series and following along on his tale, or truth.

Side note that I found humorous – The author gives a bit of a double entendre with some of his character’s names – not only a Senator with the nickname ‘Kill Bill’ but we also have Governor Block – take this as you will, but they brought a smile to my face. 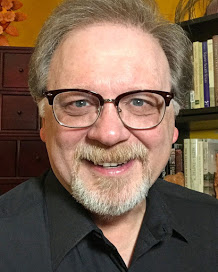 Bruce Clavey of Round Rock, Texas writes with a passion for exploring the Latin heritage tucked in cultural corners throughout Texas, Mexico, and Central America. In 2017, Clavey’s research into perspectives on state history led to his onsite rediscovery of the Mexico City dungeon where the colonial “Father of Texas” was imprisoned, documented in his book “The Inquisition of Stephen F. Austin.” His interest to illuminate compelling historic junctures brought the creation of several feature dramatizations for state museum in-exhibit performance. Clavey’s release of Book One of The Republic Series in 2020 begins the journey of Texas and Mexican characters who confront the pressure points at today’s vibrant river border, a land that has functioned for centuries as both international gateway and barrier. 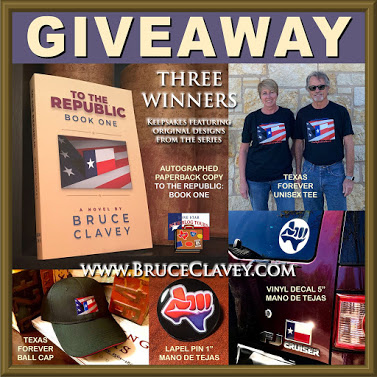 CLICK TO VISIT THE LONE STAR LITERARY LIFE TOUR PAGE
FOR DIRECT LINKS TO EACH STOP ON THIS TOUR, UPDATED DAILY,
Or visit the blogs directly: 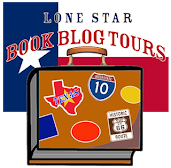 2 thoughts on “To the Republic – LSBBT”