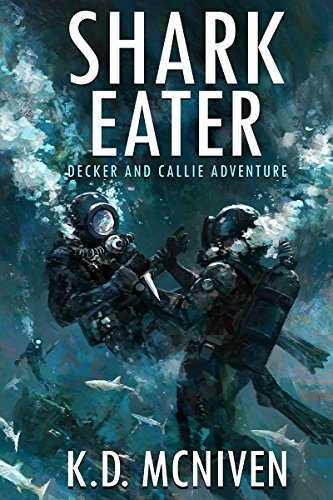 This is an adventure/action book and the story really keeps you moving at a quick pace.  It reminded me of a Clive Cussler book.

The book has almost two separate plots.  The first is the story of Decker & Callie with salvager Dax and their search for a shipwreck from the 1500’s but the second is Garrett (Decker’s dad) with his new wife diving and finding coins on their honeymoon.

This was a tough review to write because I did like the story and it kept me engaged.  However the adventures almost seemed to be too much at times.  That, along with minor conversations that were a little sappy and female characters that were not quite up to the developed level of the males, leads me to say it is a good book, just not great.  But if you don’t mind that and like Cussler – give it a read, you might just like it.

Archaeologists, Decker and Callie Hayden, pair up with salvager, Dax Drake, to investigate what appears to be one of the Galleons from the Spanish fleet that was shipwrecked after the 1539 hurricane off the Bahamas shores. In their search, they discover more than what they had bargained for and ultimately puts the entire crew of the Shark Eater’s lives in jeopardy. Filled with action-packed adventure on the high seas, the Shark Eater will keep you turning pages.