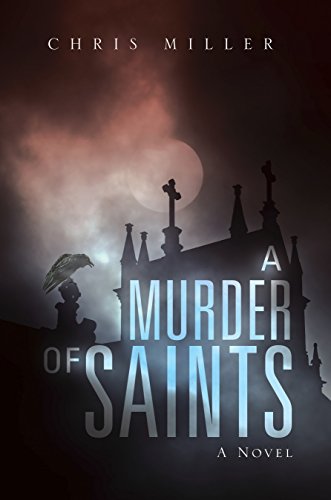 I read this book because the author suggested it to me on Goodreads. No, I do not know Chris so his suggestion made me smile and well, I agreed to read it.

Most of you know I am not a horror fan and this book is at the edge of horror for me. There are some gruesome scenes as well as demons (which are not my favorite). However, the story is strong and the characters are pretty well developed.
The main character, Detective Harry Fletcher is haunted by an old case and the “one” that got away. With a new partner, a strong Christian who does not hesitate to show his beliefs, Harry deals with a killer trying to right a wrong as well as Harry’s own questioning and loss of his faith.

The book can lead to some really good discussions on right and wrong and when wrong might just be the right thing to do. While this might not have been my cup of tea and the demons were a little unbelievable (ok my opinion but if I can’t believe it on some level it just doesn’t work well for me) I would recommend this book especially to those who may enjoy a new genre – Christian Suspense/Horror.

Sophie Fields is a little girl tortured by her memories of Damien Smith, a much-loved and respected church elder with a secret lust for the unmentionable. After his misdeeds are covered up by church leaders, she climbs to the roof of her house and jumps to her death, right in front of her shocked brother, Charlie.

Twenty years later, detective Harry Fletcher is still haunted by the personal demons associated with the church cover-up. After losing his faith, his wife, and now his partner, Fletcher learns that Charlie Fields has come back to town with one mission: to kill everyone responsible for his sister’s death. It is Fletcher’s job to track and stop the crazed killer. But as it becomes clear who the main targets are, Fletcher finds himself in the midst of a moral quagmire. Although he sees justice in Charlie’s crusade, the killer seems to be taking out others not responsible for his family’s destruction. As Fletcher and his new partner battle each other in a test of ideology and limits of the law, the real demons show up and change everything.

In this chilling tale of suspense, revenge, and evil, a police detective wrestles with his moral conscience while attempting to stop a serial killer avenging his sister’s death.

CLick Here to buy A Murder of Saints on Amazon

One thought on “A Murder of Saints by Chris Miller”