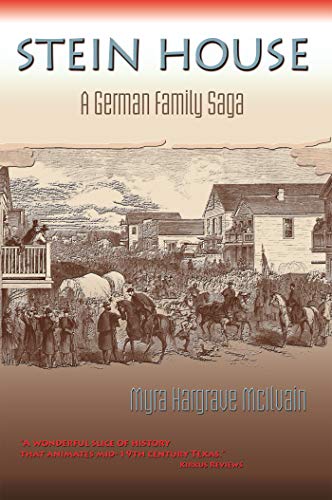 This author writes such intensely researched historical fiction that at times I thought it should be considered non-fiction.  Having read the first book in this saga quite a while ago I was concerned when I started this one.  Would I remember the first one?  No worries as I immediately knew where I was in the story and what had occurred before this book.

The book begins in 1953 as a recent widow and her family settle in Indianola, TX.  The central character Helga is the sister of Amelia from the first book.  The pure grit and determination of Helga makes me think about how soft I have become in my life.  The women of this era were so brave and physically fit just to endure the day to day survival.  While tragedy is a constant in their lives, Helga still manages to find some joy and to support her children in the best way she can.

While the main character, like most women of this era, lives in her small community the outside world and issues are brought to her doorstep.  The reader is allowed an insider’s view of slavery and the Civil War as well as the weather concerns of living on a coast.

I promise I will be reading the next book very soon now that I remember just how wonderful this author is.

If you would like to meet Myra she will be at the Texas Book Festival October 26 & 27 on the Capitol grounds in the Pavilion tent (right near me!!).

After three long months at sea, Helga Heinrich and her four children sail into the thriving Indianola seaport on the Texas coast in 1853 to begin their new life. They are determined to overcome the memory and haunting legacy of Max, her husband and their papa, who drowned in a drunken leap from the dock as their ship pulled away from the German port. Helga is anxious to be reunited with her sister Amelia, and she’s grateful her wealthy brother-in-law, Dr. Joseph Stein, fulfills his part of the bargain that brought the family to the new world, even without Max to run Stein Mercantile. Helga takes charge of Stein’s massive boarding house overlooking the road to Texas’ interior and the fickle waves of Matagorda Bay. A woman of strong passions, Helga operates Stein House for boarders of all stripes whose involvement in the rigors of a town on the edge of frontier influences and molds all their lives—the cruelties of yellow fever and slavery, the wrenching choices of Civil War and Reconstruction, murder, alcoholism, and the devastation wrought by the hurricane of 1886.