BEASTS OF THE EARTH 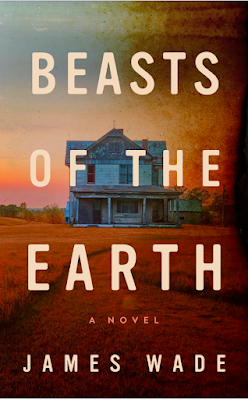 James Wade, whose first two novels were praised as “rhapsodic” and “haunting,” delivers his most powerful work to date—a chilling parable about the impossible demands of hate and love, trauma and goodness, vividly set in the landscapes of Texas and Louisiana.

Beasts of the Earth tells the story of Harlen LeBlanc, a dependable if quiet employee of the Carter Hills High School’s grounds department, whose carefully maintained routine is overthrown by an act of violence. As the town searches for answers, LeBlanc strikes out on his own to exonerate a friend, while drawing the eyes of the law to himself and fending off unwelcome voices that call for a sterner form of justice.

Twenty years earlier, young Michael Fischer dreads the return of his father from prison. He spends his days stealing from trap lines in the Louisiana bayou to feed his fanatically religious mother and his cherished younger sister, Doreen. When his father eventually returns, an evil arrives in Michael’s life that sends him running from everything he has ever known. He is rescued by a dying poet and his lover, who extract from him a promise: to be a good man, whatever that may require.

Beasts of the Earth deftly intertwines these stories, exploring themes of time, fate, and free will, to produce a revelatory conclusion that is both beautiful and heartbreaking.

PRAISE FOR BEASTS OF THE EARTH

“Wade’s pitch-perfect, personality-driven dialogue sings in the voice of life, and his ability to meld existential thought, situational metaphor, and cinematic setting is a full-bodied experience…A soul-deep exploration of a wounded man in crisis, James Wade’s Beasts of the Earth…secures his position as an author of extraordinary merit.” —New York Journal of Books

“James Wade writes a terrific story, but that isn’t what makes him so good. Wade is a craftsman. His books should be read slowly, to luxuriate in his word choices, his sentence structure, his character revelation. That is why he is a joy to read.” —James L. Haley, Spur Award–winning author of the Bliven Putnam Naval Adventures

“I found myself rooting for the characters throughout their near-Biblical tribulations, and the storyline kept me turning the pages, desperate to find out what would happen next. Here we have a novel that blends realism with existentialist philosophy to redefine contemporary Southern fiction. Don’t miss this tour de force of modern literature.” —David Heska Wanbli Weiden, Spur and Anthony Award–winning author of Winter Counts

This author and the word lyrical are tightly bound together. This quote right here gives you an example of why – “The air was thick with the sea’s salt and the musk of the bayou where algae blossomed in phosphoric spores and coated narrow channels in green film.” It could have easily been stated much more succinctly but instead, the author chooses to paint as he tells the story giving the reader vivid images.

If you are reading this blog or review, you are already a reader. And while you probably do it to learn something or be entertained, you have your method for reading. I read fast and most of the time want to be entertained. However on occasion, I get slammed (yes I mean that) in the pace (not a typo!). This book hit me and demanded I savor it. No matter how I tried to speed my read, I had to slow it down, read each and every word and at the same time relish each and every syllable.

Set between two times, the author skillfully aimed the reader’s focus while creating a backdrop that enhanced it all. Michael Fischer and Harlen LeBlanc are the main characters. One a young boy struggling to survive in extreme poverty and violence, and one a man who externally appears good and in control yet struggles internally. Watching these two tales evolve and weave led to some horrific and piercing scenes. I found Michael’s story to be the most compelling.  He works on survival at a time in his life when he should be going to school or playing baseball.  With a repugnant father and a vague mother Michael tries to grow and take care of his younger sister.  But just how much can one child deal with, and when is it time to choose yourself to live?

Scenes touch on the edge of graphic yet leave much to the imagination, which at times can be more devastating than reading the actual words.

This is the second production of this author that I have read and he is honing his craft with finesse. The lean plot with characters that engulf set in an environment that once again really is a character of its own will have me coming back to this author when his next creation is available. 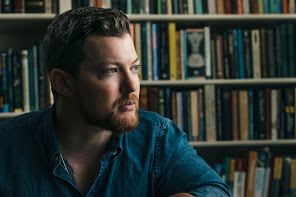 James Wade lives and writes in the Texas Hill Country with his wife and daughter. He is also the author of River, Sing Out and All Things Left Wild, a winner of the prestigious MPIBA Reading the West Award for Debut Fiction, and a recipient of the Spur Award for Best Historical Novel from the Western Writers of America. 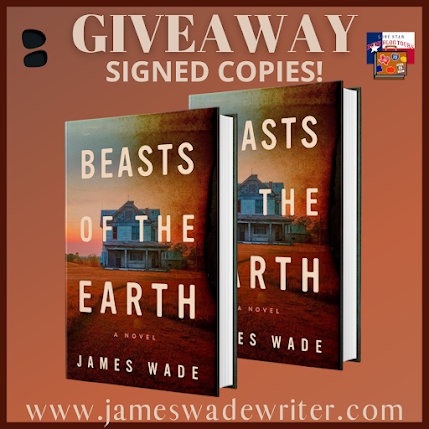 —————————————
CLICK TO VISIT THE LONE STAR LITERARY LIFE TOUR PAGE
FOR DIRECT LINKS TO EACH POST, UPDATED DAILY,
or visit the blogs directly: