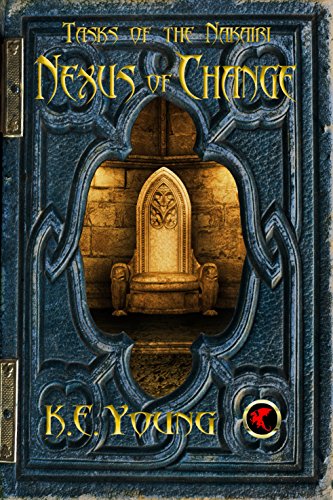 While this is the second book in the series, it reads more like an episode – meaning the main character has changed from the first book.  Even though I could never think of anyone as “just a librarian,” this main character is that and so much more.  A Martial arts expert, creative jewelry maker and resourceful independent woman merely scratch the surface of Kendra.

Once again the author has the ability to transfer the reader to this new and different world.  She added a romance between the main characters Kendra and Mero.  It is very well done and shows the strength that can be achieved when two strong people work together.  The romance is kept well in the range to make this a suggested reading for even those in high school.

The book does end with a cliff hanger so stayed tuned as I have nicely received an Advanced Reader Copy of Book 3!

Kendra was just a librarian. The Goddess brought her to an alien world for a special ‘Task’. However, she needs to survive long enough to figure out what it is.

Millennia ago, the Goddess’s universe was destroyed in a war between gods and her children found refuge in havens offered by thirteen of her brothers and sisters. Now, the Goddess brings Nakairi – ‘foreigners’ – from one haven to another to fulfill Tasks only they can do. Tasks that the Goddess finds essential.

Thirty years ago, the Goddess foretold, for the first time ever, the coming of a particular Nakairu. Kendra. Now she has arrived.

A part-time librarian and martial-arts instructor, when Kendra comes to Eperu she is a catalyst and nothing is exempt from her influence. Not even Kendra herself knows all that she is and she will have to learn fast because her very presence heralds change for dragonkin on a massive scale.

In a world of subtlety, secrets, and politics, she is the hammer that shatters the walls and lets in the light. Issues left unresolved for millennia are coming to a head. Sometimes a hammer is just the tool a Goddess needs.

However, the Goddess’s children are not the only inhabitants of this world and they have plans of their own, plans the Goddess can do nothing about. Too bad Kendra just landed in the middle of them.

One thought on “Nexus of Change (Tasks of the Nakairi Book 2) by K. E. Young”