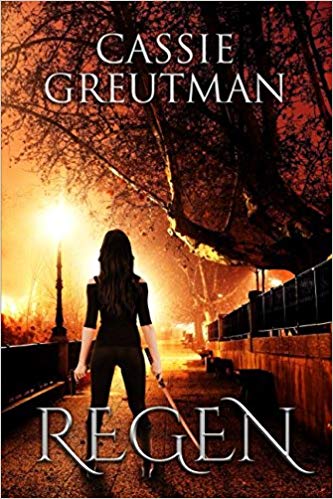 Urban Fantasy has become a favorite of mine, so when I saw this book, I could not resist.  About two chapters in I realized how much the main character sounded like my (now adult) daughter and I could not put it down.  (and then my thoughts went to “well she sure is not fae considering all the sports injuries she had” – read the book to figure that out!)

From the first page, you are dropped into the story and can feel the energy and emotions of the main character, Regen.  Glimpses of the past, as memories for Regen, help to fill in some of the blanks but frankly because the main character does not know a lot neither does the reader.  This made for a very compelling read as I was learning as Regen was!

This book has been labeled “coming of age” or “YA Fantasy” but I believe those labels do not accurately tell all.  The level of story intensity, as well as the fully dimensional character development in this book, is something I rarely see in YA and hence why I usually consider it a fickle genre.

I felt like there was more going on with the foster parents than the author was allowing us to see and that made to a very slight issue of wrapping my head around their reactions.  Since we only got a sliver of information but nothing was ever revealed – maybe the next book?

Regen is a great book to leave sitting out for your teen or young adult kids to find – you know handing it to them would not work – but them discovering it themselves just might!  You will be glad you and maybe they – read it.

Life is finally shaping up for Trisha. For the first time, she’s with a foster family she doesn’t hate. Her new school is decent, and she even has a boyfriend. Until the night she finds herself waking up in the woods covered in blood, a bullet hole in her dress.

Without her fae abilities, she’d be dead, but now the Faerie Council has given her an ultimatum. She has to help find an escaped fugitive, or be taken to Faerie, a place her missing mother told her horror stories about.

Now, Trish has to keep her day job a secret from her foster parents, join forces with the ex-boyfriend who killed her, and hunt down a dangerous criminal before he comes into his powers. Should be a piece of cake.