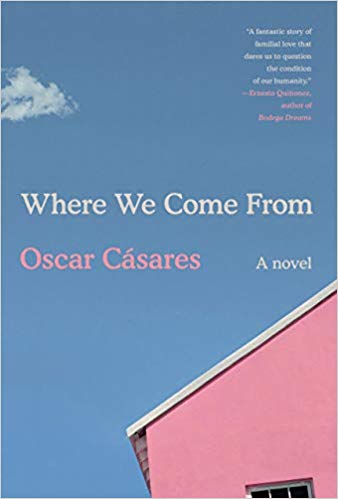 An insider’s view of life on the border and between two worlds.  The story is told from the perspective of two major characters.  Nina who is caught trying to live a life that is encompassed with caring for her elderly mother and Orly a twelve year old boy who finds himself away from home in more ways than one.  The story is broken up with peeks behind the immigration curtain.

This was a quick, good read but frequently, I found my attention distracted from the characters.  I would have enjoyed even more insight into the lives and concerns of the characters.

A stunning and timely novel about a Mexican-American family in Brownsville, Texas, that reluctantly becomes involved in smuggling immigrants into the United States.

From a distance, the towns along the U.S.-Mexican border have dangerous reputations–on one side, drug cartels; on the other, zealous border patrol agents–and Brownsville is no different. But to twelve-year-old Orly, it’s simply where his godmother Nina lives–and where he is being forced to stay the summer after his mother’s sudden death.

For Nina, Brownsville is where she grew up, where she lost her first and only love, and where she stayed as her relatives moved away and her neighborhood deteriorated. It’s the place where she has buried all her secrets–and now she has another: she’s providing refuge for a young immigrant boy named Daniel, for whom traveling to America has meant trading one set of dangers for another.

Separated from the violent human traffickers who brought him across the border and pursued by the authorities, Daniel must stay completely hidden. But Orly’s arrival threatens to put them all at risk of exposure.

Tackling the crisis of U.S. immigration policy from a deeply human angle, Where We Come From explores through an intimate lens the ways that family history shapes us, how secrets can burden us, and how finding compassion and understanding for others can ultimately set us free.